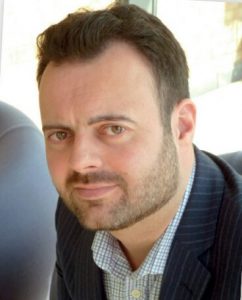 If you were unlucky enough to have my company over a drink in the run up to Christmas you would be assailed/assaulted by my views on why ‘It’s A Wonderful Life’ is one of the greatest films ever. More specifically you would have had to put up with me talking about the character of George Bailey and how perfectly he is played by Jimmy Stewart.

Jimmy Stewart had an incredible career that included a number of exceptional films including Rope, Rear Window and Mr Smith Goes to Washington. Throughout them he embodies a charisma, charm and vulnerability that draws audiences and people to him. The character of George Bailey sees Stewart embody a sense of goodness, purpose, ethical commitment and humanity that is a lesson to any aspiring leader.

In a couple of interviews from 1973 Stewart talked about acting in a way that that I think applies wonderfully well to leadership.

Stewart described the art of acting as ‘the opportunity to create moments’ that had real resonance. Moments that stick with people for years and have a profound positive impact. He talked about the fact that people didn’t necessarily recall the titles of his films or the plots, but would often tell him that they had seen a film years ago and one scene had remained with them. His duty and role was simply to ‘prepare yourself as best as you can to make these moments happen’. They didn’t always happen, but when they did they mattered.

‘To think that I had been part of creating a moment that this man had liked and had remembered for 20 years, that was very special to me’. The role of a visionary leader is to draw people to them through engaging their heads and hearts. The very best leaders create environments that are memorable for the strength of culture and sense of purpose. They paint a possible future that people want to step towards and they understand that isn’t just a process, but an involving journey.

Stewart described a director asking for the same scene to be reshot 30 times. The actors eventually asked the director what was wrong. The director replied ‘You are perfect, but I’m just waiting for something to happen.’. It’s the same with leadership, it isn’t about the process – it is about the impact. The deep impact that you can have on another person, the kind of thing that resonates through the years. They don’t happen all the time and you need to respect and understand that. Good leaders just make these moments happen more often – and part of that is by embodying a movement towards a compelling vision.

When asked why characters he played were so timeless Stewart gave a lovely summary of what we might now term ‘authentic leadership’.

When Stewart started his career employees really were treated as assets. He was traded by his studio to another for 7 stunt horses.

Here is Stewart leading the way…